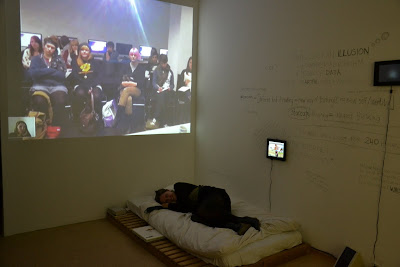 In connection with the exhibition Controlling_Connectivity by Gretta Louw and the series Time and Technology Art Laboratory Berlin is presenting an artists' talk on the theme current art practices on time and technology featuring Gretta Louw and plan b (Sophia New & Daniel Belasco Rogers) as well as the internet artist Igor Štromajer (www.intima.org). The talk will be introduced and moderated by Regine Rapp and Christian de Lutz.

Controlling_ Connectivity a performance and exhibition by Gretta Louw researches the pervasiveness of internet-based social networking, as well as the obligation and opportunity for constant connection with these platforms as a paradigm for a severe and systematic disruption of normal, socially accepted patterns of life and interpersonal interaction during a self-documented performance.

In her work Louw seeks to explore to what extent an extreme use of the Internet and our belief in the online connectivity can have psychological consequences. Her inquiry questions self-censorship and socially acceptable forms of behaviour in the face of the constant pressure put in place by society's inexorable increasing need for connectivity

Her 10-day online performance (2- 12 November 2011) has laid the basis for an exhibition which includes screen capture footage, photographs and an installation.

* * *
Since 2007 the British artist duo plan b (Sophia New and Daniel Belasco Rogers) have been investigating the archiving of every journey they make using GPS. For a similar amount of time they have collected every SMS text message they have sent each other. For a year each has reported their mood three times a day. These archives are then evaluated and processed artistically, the outcomes of which are videos, objects, works on paper and performances reflecting and manifesting this intimate data.

Their first German solo exhibition Navigating the Everyday will open at Art Laboratory Berlin on 27 January, 2012 at 8PM as part of the current Time and Technology series in conjunction with the Transmediale program Vorspiel. 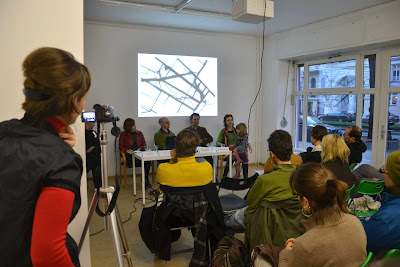 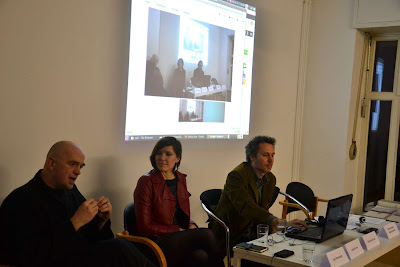 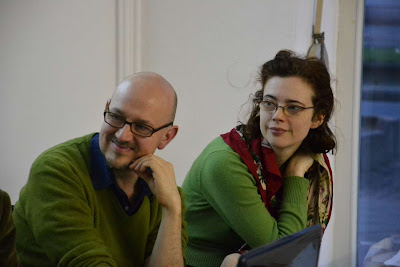 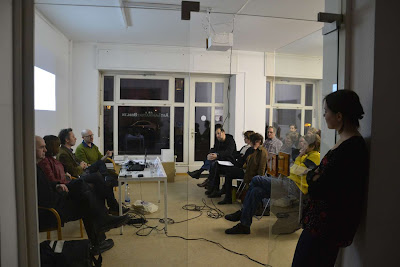