18 June, 2017, 2-6PM
As part of her ongoing research Alanna Lynch has been growing the micro-organisms that produce kombucha tea. Through the process of fermentation this symbiotic colony of bacteria and yeasts (SCOBY) produces a cellulose material that is slimy and smells strongly while wet and can be dried and used as a textile. However, Lynch's interest in working with this life form goes beyond the material properties. Throughout this research Lynch has been actively consuming the microorganisms by drinking the tea. Given that about half of the cells in the human body are bacterial cells and acknowledging the microbiome-gut-brain axis whereby bacteria in the gut have been shown to effect the mind, how people think, feel and even behave, bacteria can be seen as radical in the potential it has to challenge categories such as subject/object, mind/body and human/non-human. 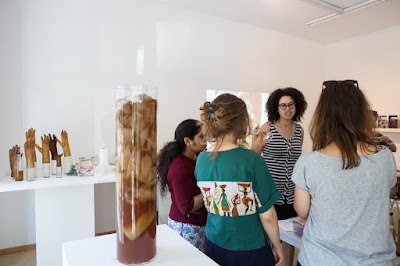 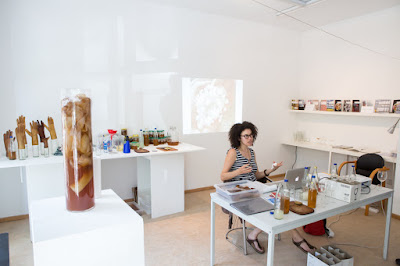 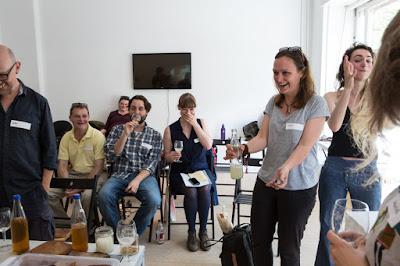 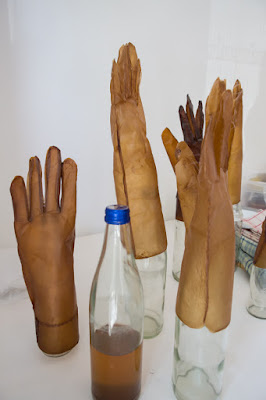 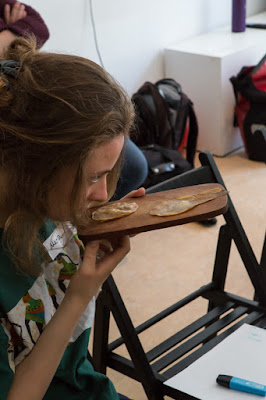 Lynch presented her research in the form of a performative lecture and workshop, a format that reflects the interdisciplinarity of the content. She discussed theoretical issues including notions of subjectivity and agency while serving the kombucha drink to participants. In this way they became physically implicated in the work. The lecture  not only presented facts and ideas but made use of a strong affective dimension. The workshopexplored the aesthetic and sensory properties of the SCOBY in a hands-on session that was wet and messy. A strong focus in the performance was on the smell and the substance in relation to our bodies, both inside and out. At the end participants will got a sample to take home, where they can continue to grow it on their own, making the substance literally contagious. 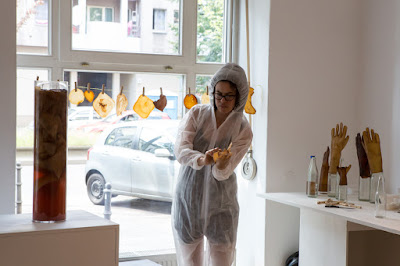 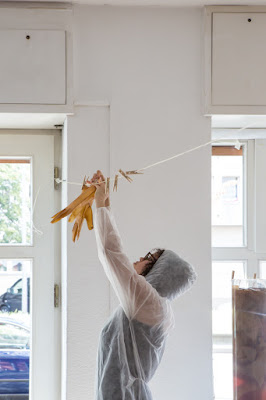 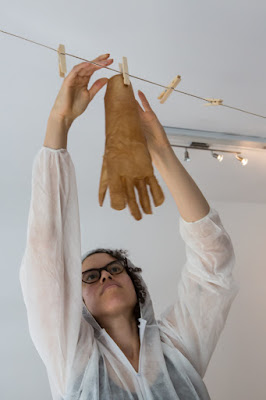 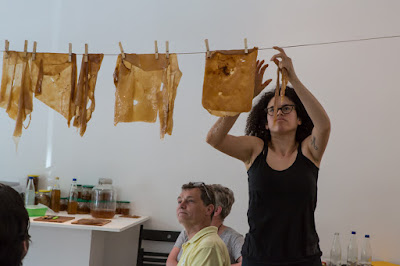 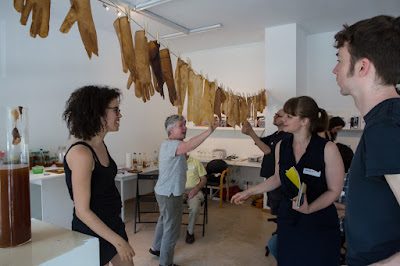 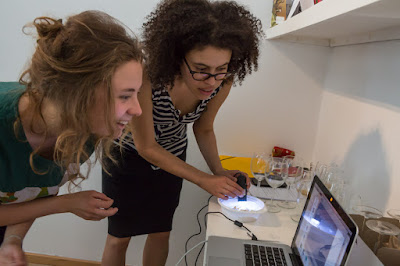 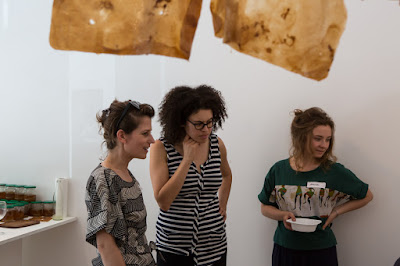 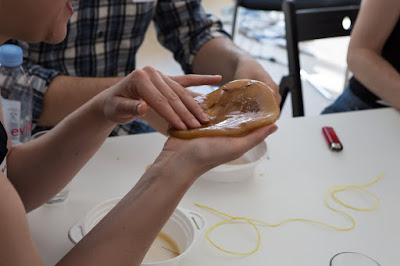 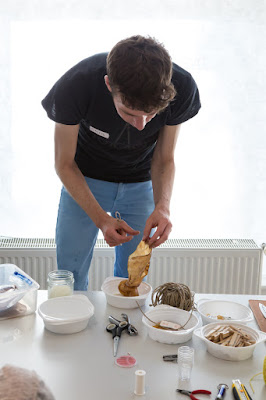 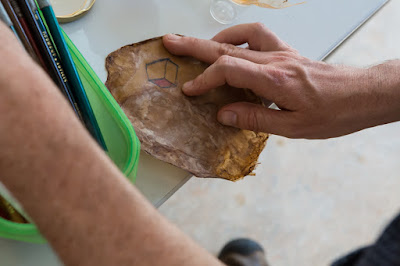 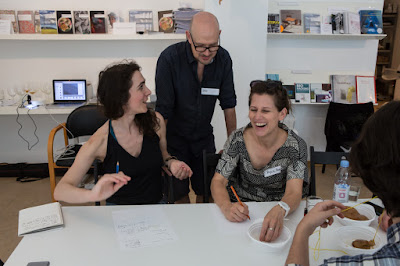 Posted by art laboratory berlin at 12:45 PM No comments: