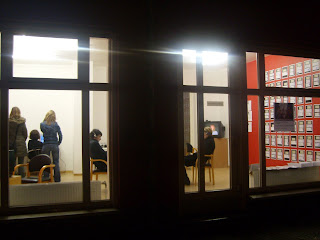 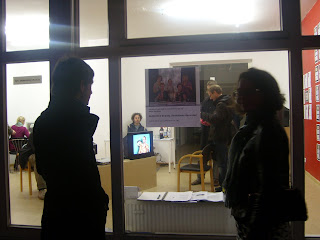 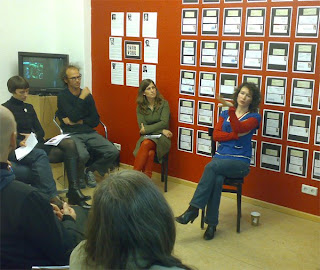 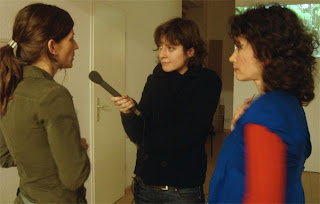 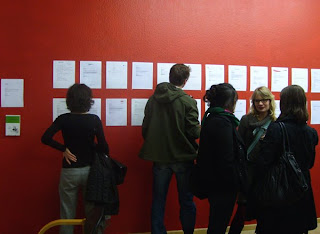 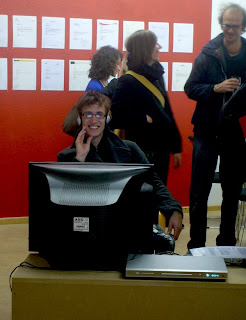 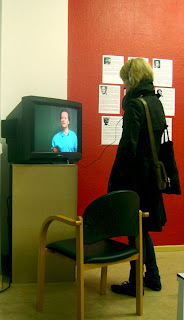 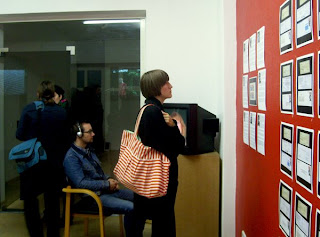 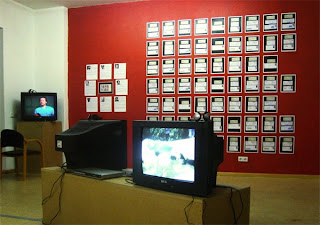 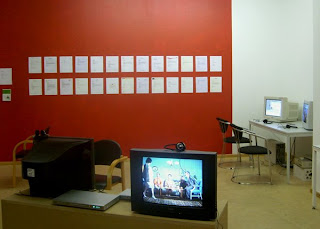 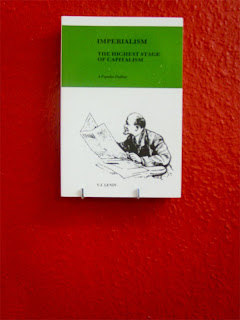 In everyday language, an event is a notion that embraces two different meanings - a happening violating limits or, in the opposite, invigorating them. One is destructive, the other restrictive; one is closer to the chaos of a revolution, the other to a meticulously performed ceremony with a set of rules. The work in the exhibition focuses on the second meaning: initially, it comments on contemporary rituals or pronounced interest in social codes, which often re-emerge in times of crisis and insecurity. Through recording, staging, or enacting some examples of today's ritualistic behavior the artists examine how the so-called "flexible personalities" engage in a performance of specific and mainly self-imposed rules. (more)

Posted by art laboratory berlin at 8:00 PM No comments: