In May 2014 I had the incredible opportunity to work with Maja Smrekar on her Berlin project. BioBASE: risky ZOOgraphies, where she focussed on the two species of crayfish both invasive to Germany, Procambarus fallax forma virginalis (the marble crayfish) and Procambarus clarkii (the Louisiana Crayfish). She placed both species in a two-part aquarium, which was divided but contained a  ladder which the crayfish could scale and confront one another. The experiment was focusing on the question if the crayfishes would climb over to other part of the aquarium and maybe start to breed. That would be namely interesting act, considering that females (Procambarus fallax forma virginalis) developed asexual reproduction form called parthenogenesis, which enable them to clone themselves.
The installation itself was considerably complex, and needed a high level knowledge of the animals and the structure. For that purpose Maja's assistant Marko Žavbi, with whom she often collaborates, was vital for setting up the installation. Maja and Marko had already developed an accurate system of working, alternated their work. Maja is truly thorough, taking care for every little detail, from perfect light and the cleanliness of aquarium to the small screws at the back. It was first time for me that I've work with one artist so intensely, and I was thrilled to participate.
Working with Maja (and Marko) was really a pleasure, bringing me a lot of valuable experience and knowledge. I'll certainly retain nice memories of the project. 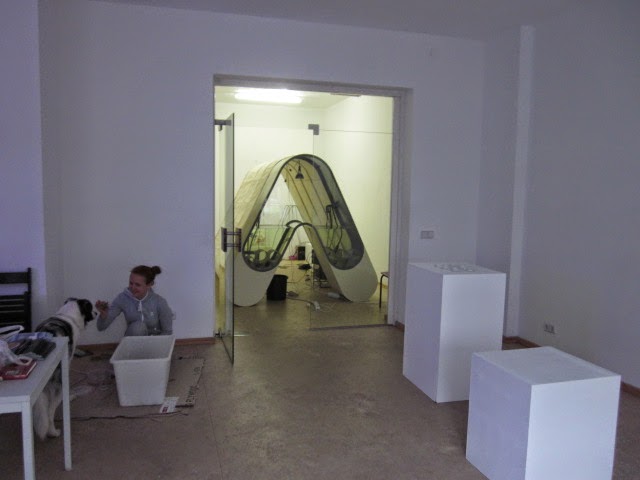 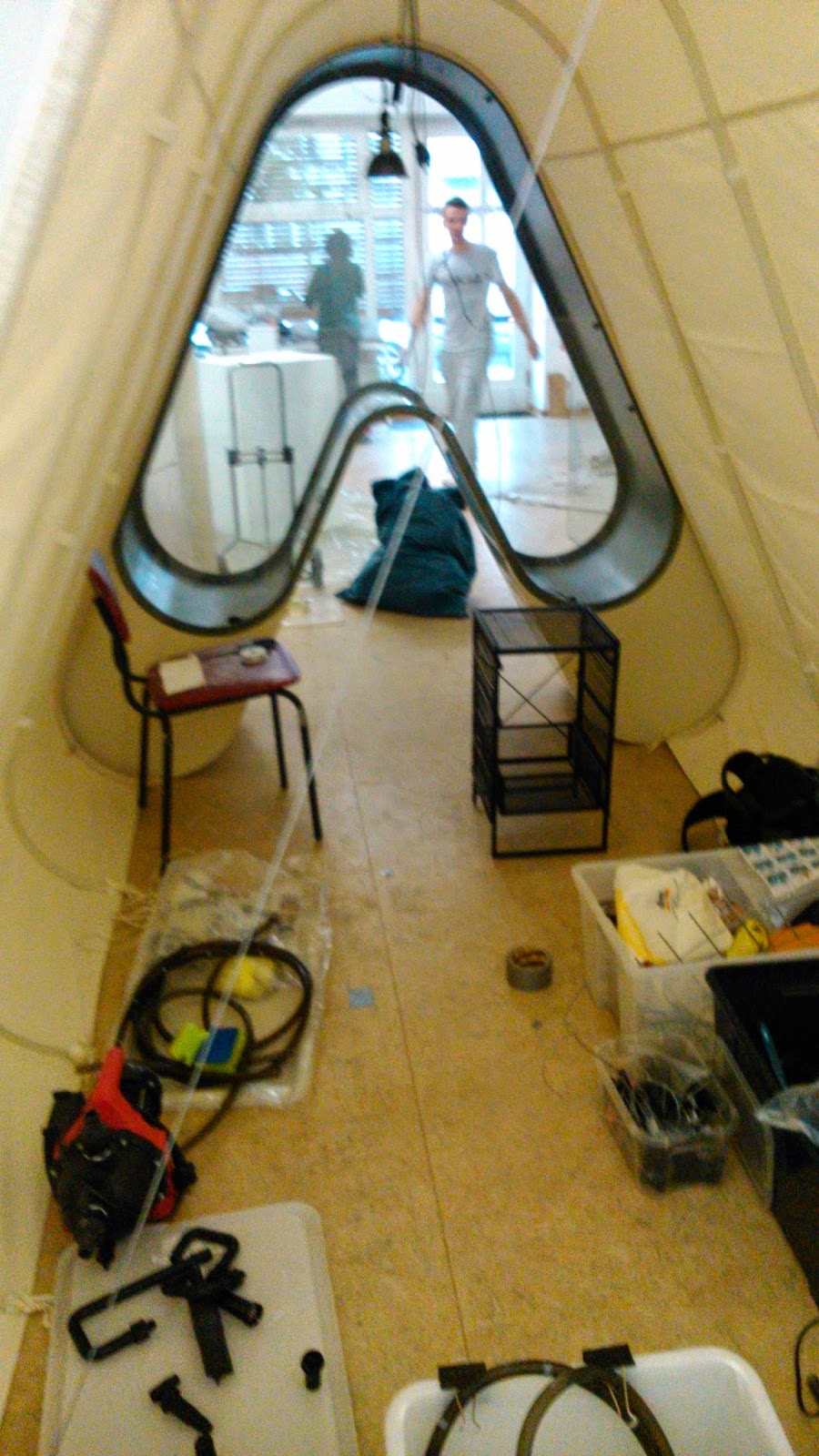 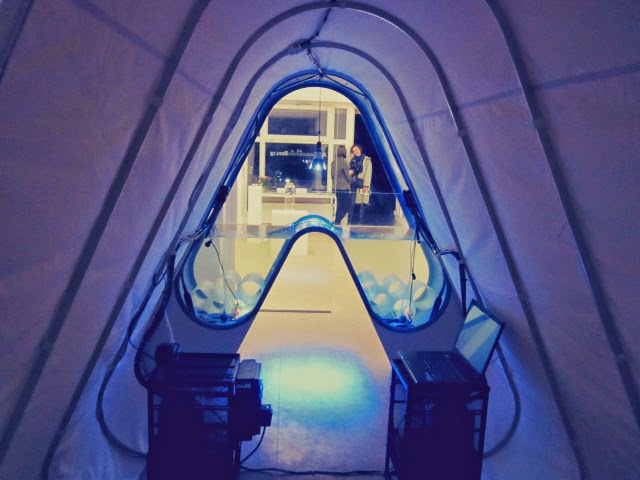