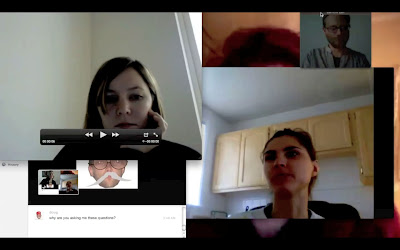 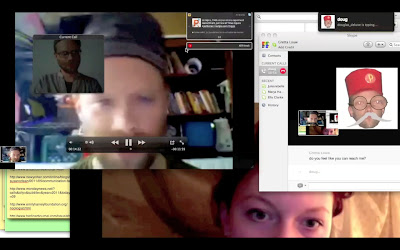 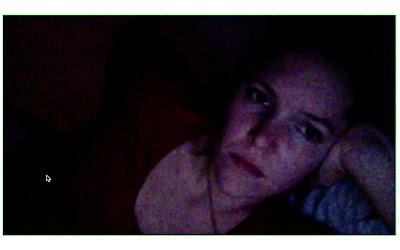 Photo still from the performance Controlling_Connectivity at Art Laboratory Berlin 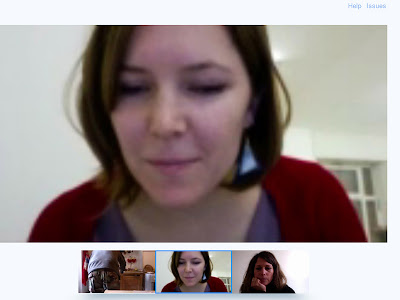 Art Laboratory Berlin would like to announce the exhibition project Controlling_Connectivity by the Australian artist Gretta Louw reflecting use of the latest forms of digital communication. Her 10-day online performance (2- 12 November 2011) has laid the basis for an exhibition which will include screen capture footage, photographs and an installation.

Controlling_Connectivity uses the pervasiveness of internet-based social networking, as well as the obligation and opportunity for constant connection with these platforms as a paradigm for a severe and systematic disruption of normal, socially accepted patterns of life and interpersonal interaction during a self-documented performance.

In her work Louw seeks to explore to what extent an extreme use of the Internet and our belief in the online connectivity can have psychological consequences. Her inquiry questions self-censorship and socially acceptable forms of behavior in the face of the constant pressure put in place by society's inexorable increasing need for connectivity.
(More information)

Posted by art laboratory berlin at 10:58 AM