The exhibition SOL LEWITT. Artist's Books opening at Art Laboratory Berlin on 21 January presents the complete oeuvre of 75 artists' books produced by the American conceptual artist Sol LeWitt, dating from 1967 to 2002. This exhibition pays tribute to the unique bibliophile production of the artist, who died in 2007.

SOL LEWITT Artist's Books, a collaboration between Art Laboratory Berlin and Viaindustriae, in Foligno, Italy, has previously been shown in Paris, Sheffield, Istanbul and Ljubljana, and after Berlin the exhibition will travel on to Athens and New York.

In addition to an intensive exhibition program (gallery tours, talks and the possibility of visitors to study the artist's books in detail) Art Laboratory Berlin is also planning an inter-disciplinary symposium on the artistic practice of Sol LeWitt (in February 2011). 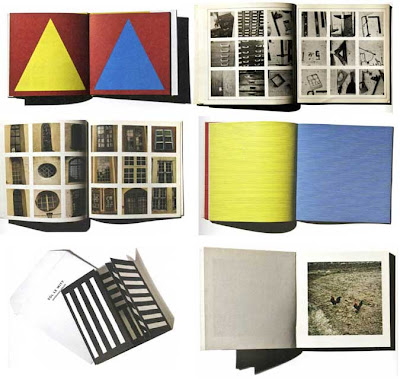 The American artist Sol LeWitt (1928 - 2007) was an influential figure in minimalism and is considered one of the most important representatives as well as co-founder of American conceptual art. The term "conceptual art" goes directly back to LeWitt: "If the artist carries through his idea and makes it into visible form, then all the steps in the process are of importance. The idea itself, even if not made visual, is as much a work of art as any finished product. All intervening steps - scribbles, sketches, drawings, failed works, models, studies, thoughts, conversations - are of interest. Those that show the thought process of the artist are sometimes more interesting than the final product." (Paragraphs, Artforum, June 1967)

LeWitt's intensive artist books production was extremely versatile: he used different designs and formats as well as varied techniques from color lithography to offset printing. Finally the phenomena of reproducibility was part of the concept: "Also, since art is a vehicle for the transmission of ideas through form, the reproduction of the form only reinforces the concept. It is the idea that is being reproduced." (ibid.)
Posted by art laboratory berlin at 2:00 PM